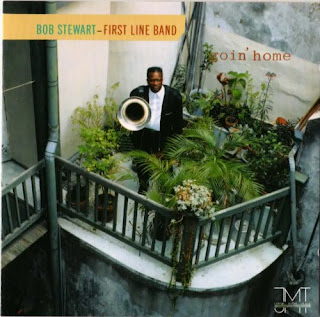 The second recording by tuba player Bob Stewart's First Line Band is even better than the first. In 1988, Stewart's group also included trumpeter James Zoller, trombonist Steve Turre, guitarist Jerome Harris and either Buddy Williams or Ed Blackwell on drums; trumpeter Earl Gardner and John Clark on French horn have guest spots on this CD. The music ranges from the straightforward swing of Don Cherry's "Art Deco" and a good-humored "Sweet Georgia Brown" to a 121-minute exploration of Billy Harper's "Priestess" and originals by Stewart, Olu Dara and Kelvyn Bell. Stimulating and often-surprising music that is generally more accessible than one might expect. - by Scott Yanow, AMG 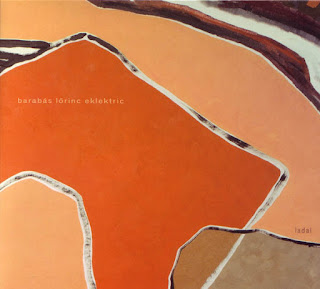 A delight to the ears and fodder for the feet, Barabás’ mix of brassy jazz, electro-house and industrial beats was just what the doctor ordered to round-off the working week. A master of all he touches, his tools on the evening included the trumpet, keyboard/synthesiser, DJ mixing machines, sound-effect foot pedals and computer software. Single-handedly building industrial rhythms around the trumpet – his key instrument – accompanied by his other tools was more evidence of this artist’s ability to rise to a challenge. - Ceel.org.uk 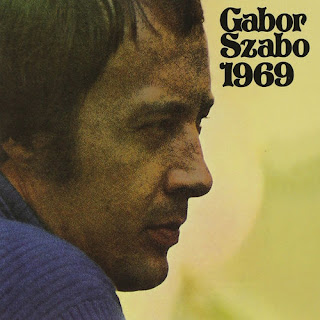 In the late '60s, many jazz artists were ignoring the rock and soul hits of the day -- when called upon to interpret popular songs, they stuck to their favorite Cole Porter, George Gershwin, and Irving Berlin standards and didn't see Beatles or Marvin Gaye hits as vehicles for jazz improvisation. But there were some jazz artists who didn't feel that way; Grant Green, Herbie Mann, and Charles Earland -- just to give three examples -- saw no reason why rock and soul tunes couldn't receive instrumental jazz makeovers. And on 1969, Gabor Szabo puts a jazz spin on popular songs of the 1960s, including "Walk Away Renee" (a major hit for the Four Tops), the Beatles' "In My Life," and Joni Mitchell's "Both Sides Now." Again, there were many jazz artists who wouldn't have touched these songs in 1969 -- they would have insisted on providing yet another version of "Our Love Is Here to Stay" or "My Funny Valentine." But Szabo acknowledges that worthwhile popular music didn't die with George Gershwin. The Hungarian guitarist doesn't always stretch out as much as he could on this album; at times, he ends a solo that probably should have lasted a few more minutes. But Szabo still deserves credit for bringing a jazz perspective to songs that so many other improvisers were ignoring. Produced by Gary McFarland, this 1969 date originally came out on vinyl and was finally reissued on CD in 1998. - by Alex Henderson, AMG