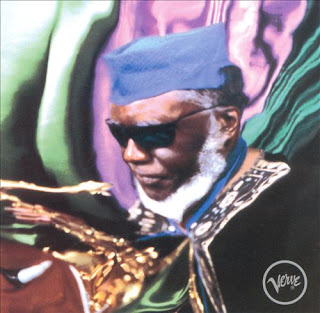 The world music-minded producer Bill Laswell gets a hold of Pharoah Sanders here and lo, the sleeping volcano erupts with one of his most fulfilling albums in many a year. Message From Home is rooted in, but not exclusively devoted to, African idioms, as the overpowering hip-hop groove of "Our Roots (Began In Africa)" points out. But the record really develops into something special when Sanders pits his mighty tenor sound against the pan-African beats, like the ecstatically joyful rhythms of "Tomoki" and the poised, percolating fusion of American country & western drums and Nigerian juju guitar riffs on "Country Mile." In addition, "Nozipho" is a concentrated dose of the old Pharoah, heavily spiritual and painfully passionate, with a generous supply of the tenor player's famous screeching rhetoric, and kora virtuoso Foday Musa Suso shows up on "Kumba" with a touch of village Gambian music. This resurrection will quicken the pulse of many an old Pharoah fan. - by Richard S. Ginell, AMG 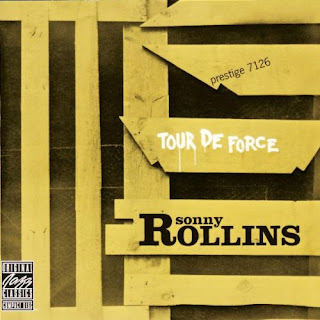 A better purchase than Sonny Boy (OJC 348) which has four of this set's six numbers plus "The House I Live In" from an earlier date. None of the Sonny Rollins' originals (which include "B. Swift," "B. Quick" and "Ee-Ah") on this release caught on. With pianist Kenny Drew, bassist George Morrow and drummer Max Roach completing the quartet, Rollins was in consistently creative form during this prime period but the overall set is not as classic as most of the tenor's other recordings from the 1950s.- by Scott Yanow, AMG

"Tour De Force" finds Sonny Rollins playing some of his fastest and most forceful tenor saxophone. It is no surprise that Sonny is joined once again on the kit by Max Roach (with Kenny Drew and George Morrow also in the band), because few drummers could keep this pace going on the album's smokers, the aptly named "B. Swift," "B. Quick," and "Ee-ah," and the only slightly slower (normal hard bop speed) "Sonny Boy." "Tour" also features two tracks with vocals by Earl Coleman, the tender ballads "My Ideal" and "Two Different Worlds." While it's not "John Coltrane and Johnny Hartman" (even though this pre-dates 'Trane's session by five years), it's pretty good. However, the disparity between the "speed bop" and the ballads is so great, it causes "Tour De Force" to feel schizophrenic. There is great material here, but I only give it four stars because the album doesn't flow together very well. - by Michael B. Richman, Amazon.com 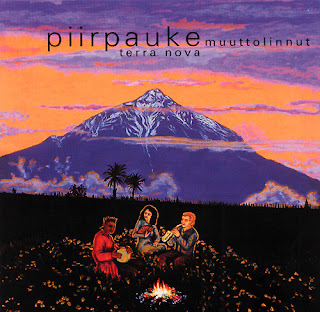 By now, most people are aware of World Music and realize that it simply means the appreciation of the best tunes from all over the world. Some people saw it coming years and years ago and were playing it before anybody had thought of calling it World Music or anything. Sakari Kukko - visionary, world traveller and multi-instrumentalist from Finland - saw it coming more than 20 years ago, when he formed the first line-up of Piirpauke and was immediately awarded with a hit. Since that first success with a poignant Karelian folk tune, Sakari has guided his ever-improving line-ups on musical journeys through the delights of Balkan, Turkey, Africa, Latin America and points in between. After more than a dozen albums and many tours and concerts in Spain, Scandinavia, Germany, Switzerland, Belgium, Holland, Cuba, Soviet Union, India and Turkey the band is now ready to set their sights further afield. Sakari and his saxes, flutes and keyboards have never been content with merely polite "fusion music", but have always striven to draw the most fire and beauty from the most inspiring sources, no matter where. With his present international line-up of master musicians from Finland, Spain and Senegal, Sakari is truly an ambassador of World Music. Since attaining accolades as one Finland's top jazz saxophone players in the early seventies, Sakari has steadily added to his array of flutes and woodwinds on his world travels - and he also plays a mean keyboard and is occasionally inspired to launch into a tongue-in-cheek vocal. The countries he has roamed for exotic musical inspiration are too numerous to mention, but he has resided both in Columbia and Spain. - from http://www.rockadillo.fi/piirpauke