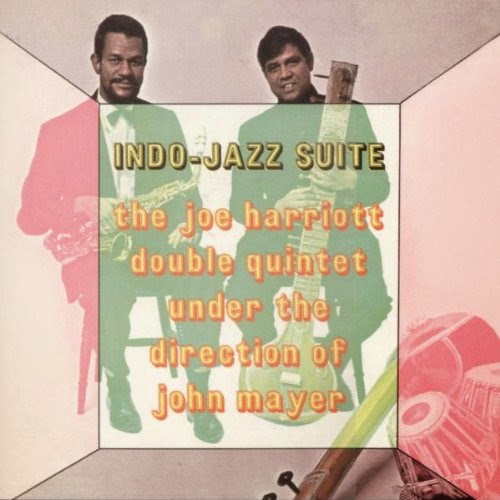 At long last, Caribbean saxophonist Joe Harriott's classic collaboration with Calcutta composer and conductor John Mayer is back in print on this Koch CD reissue of the original Atlantic LP from 1967. In England in the 1960s, Harriott was something of a vanguard wonder on the order of Ornette Coleman. And while the comparisons flew fast and furious and Harriott was denigrated as a result, the two men couldn't have been more different. For one thing, Harriott was never afraid to swing. This work, written and directed by Mayer, offered the closest ever collaboration and uniting of musics East and West. Based almost entirely in the five-note raga -- or tonic scale that Indian classical music emanates from -- and Western modalism, the four ragas that make up the suite are a wonder of tonal invention and modal complexity, and a rapprochement to Western harmony. The band Harriott assembled here included his own group -- pianist Pat Smythe, bassist Coleridge Goode, and drummer Allan Ganley -- as well as trumpeter Kenny Wheeler, flutist Chris Taylor, Diwan Mothar on sitar, Chandrahas Paiganka on tamboura, and Keshan Sathe on tabla, with Mayer playing violin and Harriott on his alto. Of the four pieces, the "Overture" and "Contrasts" are rooted in blues and swing, though they move from one set of ascending and descending notes to the other, always ending on the tonic, and involve more than the five, six, or seven notes of Indian classical music, while the latter two -- "Raga Megha" and "Raga Gaud-Saranga" -- are out to lunch in the Western musical sensibility and throw all notions of Western harmony out the window. The droning place of the tamboura and the improvising sitar and alto shift the scalar notions around until they reflect one another in interval and mode, creating a rich, mysterious tapestry of sonic inquiry that all but folds the two musics into one another for good. Amazing. - by Thom Yurek, AMG 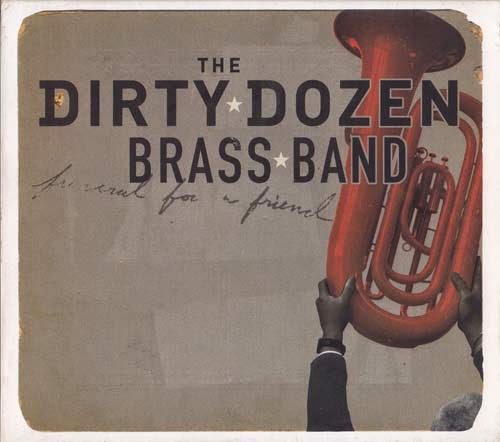 On their tenth album, the Crescent City's Dirty Dozen Brass Band bring it all back to the cobblestone streets where it began. The Dozens have done it all, from straight New Orleans jazz to restless funky experimentation, and here they put it all down to the roots of its origin. Funeral for a Friend is just that, a complete reenactment of a New Orleans funeral or "homecoming." The Dozens played them at the beginning and continue to. The set is dedicated to the memory of founding member Anthony "Tuba Fats" Lacen, who passed away just a few weeks after its completion. The band performed it in the streets leading the horse-drawn carriage procession. Comprised entirely of gospel and spiritual songs, it follows the trajectory of a departed one's life from birth to celebrations of her or his character to death and resurrection in the afterlife. The first of the three stages begins with a slow, mournful dirge that emerges as "Just a Closer Walk With Thee," as the gathering begins at the courthouse and becomes a strident statement in "I Shall Not Be Moved," where the grief begins to give way to the feeling of victory, that the departed has broken the bondage of this life's prison. The music begins to swell and swirl and gains in stridency and emotion until it actually erupts about five tracks in with "Jesus on the Mainline," with the band accompanied by the Davell Crawford Singers. The mind-blowing thing is the sound; though this was recorded in a studio, the listener feels like she's in the middle of a throng of marchers, surrounded by the band and the choir. The second stage begins with a stunning rendering of "John the Revelator" that simulates being played at the gravesite and offers this bluesy prophetic read on the entrance of the departed into a new order prophesied. It is resolved in "I'll Fly Away," with Melody Palmer leading the choir in a rowdy statement of death's defeat. This is followed by an altar call in "Is There Anybody Here That Loves My Jesus?" The final stage -- leaving the cemetery for home -- is commenced by the funky read of "Down by the Riverside," and is resolved in the celebratory gratitude for mercy in "Amazing Grace." But this review does nothing, literally, to describe the sheer power of the transference of emotion that Funeral for a Friend does. This is easily the most heartfelt, honestly rendered, and stunningly captured moment of the DDBB's recording career; it belongs in every household where the celebration of life and its transition from the sorrow of death to the eternal afterlife is honored. It is not only a classic in the genre, but will come to be regarded as a jazz classic, period. - by Thom Yurek, AMG

Shy Angels is Bill Laswell’s reinterpretation of the entire "Madman Of God" album, in which Sussan Deyhim presents her uniquely personal reading of divine love poems by Rumi, Saadi and other Persian Sufi masters. In true Laswell form, Shy Angels stretches Deyhim’s material into a world of Eastern fusion that incorporates elements of dub, arabesque and Laswell’s signature ambient drum programming. - from Amazon.com 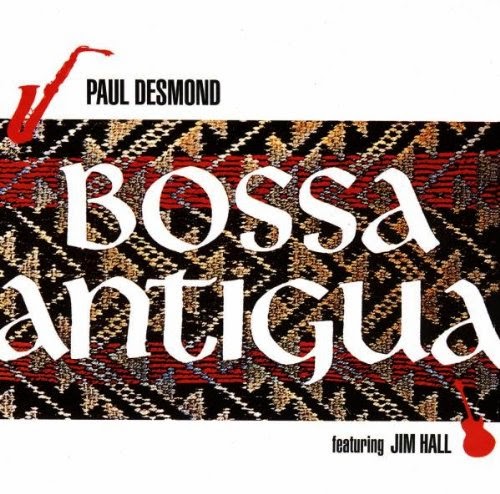 Bossa Antigua picks up the samba-based rim shots of drummer Connie Kay on Take Ten and tries to make a whole new record out of them. While the title track duplicates the original percolating groove of "El Prince," other tracks like "Samba Cantina" revert to a typical bossa nova rhythm of the period, which leads one to conclude that "bossa antigua" is merely whatever Desmond says it is. Of the album's two non-originals, "The Night Has a Thousand Eyes," of course, is made-to-order for Desmond's wistful, sophisticated temperament, and he delivers exactly what a Desmond devotee would expect and love; and "A Ship Without a Sail" has some memorable off-the-cuff solo ideas. Jim Hall is around again to lend subtle rhythm support and low-key savvy in his solos, and like many Desmond companions of this period, he makes a fine sparring partner in the contrapuntal exchanges. The Brubeck Quartet's Gene Wright again lends a sturdy hand on bass. The playing is wonderful throughout, though just missing the full-throttle inspiration of Take Ten. - by Richard S. Ginell, AMG

The bossa was no longer nova when Paul Desmond got around to working in the style, but this 1964 recording ranks with the best Brazilian-inspired jazz. His pure, melodic approach required almost no adjustment (compared with Getz, for example) and his original writing, which dominates on this release, is strongly idiomatic. Connie Kay and Eugene Wright do great work in making the Bossa beat live and breathe. But the biggest attractions are Desmond's lovely sound and inspired phrasing, and the astonishing work of Jim Hall. Guitar fans don't like to hear it, but there are really no guitarists after Wes in the very top rank of soloists. Hall at his best does compare with any piano accompanist of the time, however, and his solos are as well-conceived as Tommy Flanagan's or Barry Harris'. The interplay between Hall and Desmond is always great, but the unhurried elegance of Bossa Antigua is special even for this great team. Three fine alternate takes enhance this very desirable release. - by Duck Baker, Jazztimes.com